In looking through my music and lists of hit songs from the last three decades, I still like most of the same music I did then.  There are certainly lots of pop songs I liked as a teen that I am not interested in listening to now.  I couldn't single one song out though.  I ended up choosing a song I was crazy about by a band I was crazy about.  Although the band is still in existence, its brilliance was extinguished by the suicide of its lead singer.  I have and listen to their Greatest Hits.  Presently, when I hear this song in particular, it just isn't the same...it's tragic. Michael Hutchence was the lead singer. INXS is the band.  The One Thing is the song. 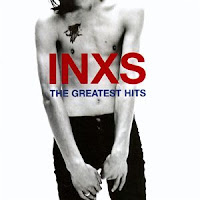 Posted by Virginia Hill at 1:36 PM