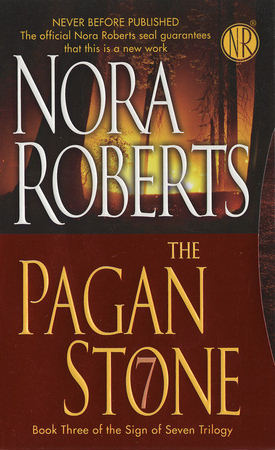 From the #1 New York Times bestselling author of Blood Brothers and The Hollow--the conclusion to the electrifying trilogy of three men and three women who join forces--and hearts--to battle the ultimate evil.

The Pagan Stone had stood for hundreds of years, long before three boys gathered around it to spill their blood in a bond of brotherhood, unwittingly releasing a force bent on destruction... Gage Turner has been running from his past for a long time. The son of an abusive drunk, his childhood in the small town of Hawkins Hollow was tough--his only solace his friendship with Fox O'Dell and Caleb Hawkins. But, aged ten, the boys unleashed evil on their town: every seven years murder and mayhem reign, and each cycle is more extreme than the last. Now Gage has returned home to help his friends save Hawkins Hollow, but a lifetime as a loner has made him wary of emotional ties. And who can make plans for the future when their present is so uncertain? For unless they find a way to use the Pagan Stone against the demonic force, everything they know and love will be destroyed...

To begin, an explanation. This book was published in late 2008 and is the third in the Sign of Seven Trilogy. I read the first book, Blood Brothers, the month it was released, and the second book, The Hollow, six months after its release date. I purchased The Pagan Stone two months after it was released and only just this month read it. That's two and a half years! Subconsciously I must have been aware that this is not my favorite Nora Roberts trilogy, but because I consider Nora my "go-to-author" I stuck it out. I did read several chapters in early 2009 before setting it aside hoping for the "right mood." So, either I still wasn't in the proper mood for this particular book or I am just flatly disappointed. I think it's the latter. Of the 90 books I've read by Nora Roberts/J.D. Robb, this is only the second I rated less than 3 stars. Sure, there are tight friendships, devoted families, crackerjack dialogue, and steamy chemistry. Nora always delivers in those areas. In general, I'm not all that thrilled with her paranormal stuff. This series, and especially, this book, just seemed over-the-top. The whole unearthly aspect of the story—the visions, blood (lots and lots of blood), the parallels between Ann Hawkins and the three heroines (Quinn, Layla, and Cybil)... Then there was the research, charts, hypothesizing...

Regarding Gage and Cybil—I did appreciate the gradual building of their feelings; the acceptance that they would pursue a relationship for their reasons, and not because it was "obvious" they should.

The idea that a specific trio of men and a specific trio of women are all perfect for each other is the basis of a successful romantic trilogy. Of course, it's a highly unlikely fantasy, but it's that defying-all-odds amour that makes them fun, right? I think because this series dealt with the supernatural that usual ending wasn't "good enough." There was an absurd synchronous twist connecting the women beyond their incredible sisterly closeness and their improbably "perfect" relationships with the heroes. That twist alone further convinced me that more is not always better. Sometimes it's just too much.

I consider this atypical of Nora's consistently amazing reads, and, like always, look forward to being captivated by her next. 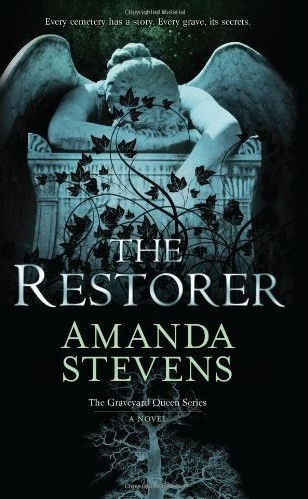 Never acknowledge the dead.
Never stray far from hallowed ground.
Never get close to the haunted.
Never, ever tempt fate.

My name is Amelia Gray. I'm a cemetery restorer who sees ghosts. In order to protect myself from the parasitic nature of the dead, I've always held fast to these rules passed down from my father…until now.

Detective John Devlin needs my help to find a killer, but he is haunted by ghosts who shadow his every move. To warn him would be to invite them into my life. I've vowed to keep my distance, but the pull of his magnetism grows ever stronger even as the headstone symbols lead me closer to truth and to the gossamer veil that separates this world from the next.

If The Restorer is indicative of Amanda Stevens' previous books I regret not having read her before. From the opening line to the epilogue I found her writing style extremely pleasing and all of her characters intriguing. I didn't feel overwhelmed by the supernatural aspect of the story—rather, I felt it enhanced the more literal goings on. The style in which she concluded each chapter made for a veritable page-turner. I didn't want to stop reading! I was extremely impressed by the authors' knowledge of cemeteries, burial customs, and technology. The dialogue was completely believable and several well-delivered lines elicited chuckles from me. I encountered no lulls in the story and no excessive explanations. The plot was highly compelling and definitely eerie. I was enthralled with Amelia's narration and her plausible reactions. The character of John Devlin could easily have been overly romanticized. Indeed he was not. He was complex and captivating.

The second installment in The Graveyard Queen series, The Kingdom, is due to be released in April 2012. The third, The Prophet, in May 2012. Having just finished this amazing first in the series that seems like an excessively long time to have to wait. 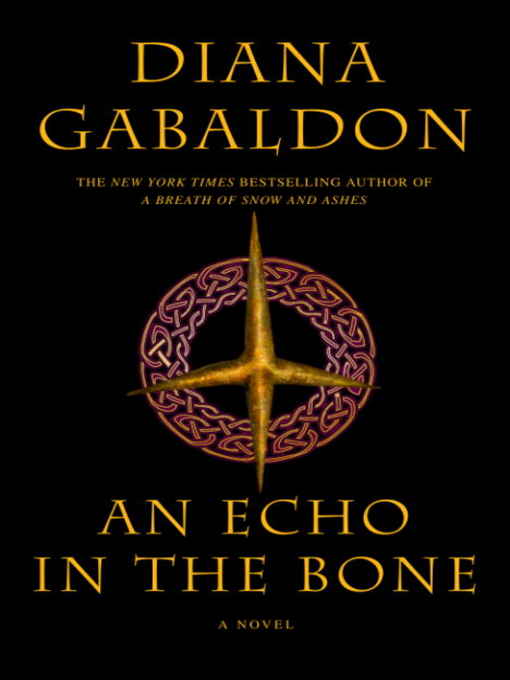 
It was necessary (food allergies) to swap out the macadamia nuts in the original recipe for cashews.  I used the suggested 2 tablespoons of instant coffee, which seems the perfect amount to me. Next time I may use a smaller baking dish as this first batch was done before 30 minutes and seem a little thin using the 9 x 13" pan. Otherwise, they are deliciously chocolate-y and nutty!

The original recipe is from The 100 Best Vegan Baking Recipes by Kris Holechek.
Posted by Virginia Hill at 12:58 PM No comments: