A Coke Worth Keeping

Let me tell you about a very special bottle of soda. ...

It all began in early 1950 when my father was transferred to the U.S. Naval Construction Battalion Center in Port Hueneme, California. He was working a cash register in the commissary store and had a buddy, Chief Stinnett, who worked in the butcher shop (ugh) there.

My dad told me that Stinnett (whose nickname was "Stinky") wasn't one to buy his buddies a drink, so my dad used to tease him relentlessly by asking, "Hey Stinnett, why don't you buy me a drink?"

Well, on March 22, 1950, Stinnett finally bought my dad a drink. Behold, the infamous Coke that Stinnett bought for my dad, Jack T. Hill, for 5 cents. 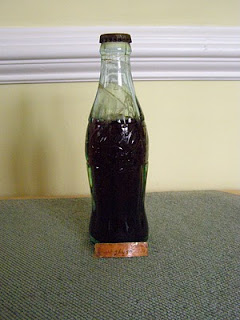 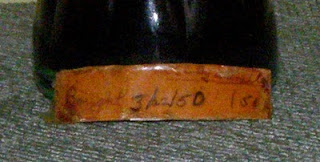 My dad kept the Coke under his register for over a year, until he was transferred to the USS Bolster on 14 Aug 1951. The Coke went with him, of course.

The next and last time that Dad saw Stinnett was in Japan, where Stinnett was in port on an inter-island cargo ship. Dad was going aboard the Bolster when he saw his old commissary buddy on the neighboring vessel. What memorable thing did my dad say to this old buddy?

My sister recently sent this family treasure to me. So, I am not only the family historian. I am now The Keeper of THE Coke—60 years old and still unopened. Oh, the pressure!
Posted by Virginia Hill at 2:16 PM

I had a little left from an iTunes Gift Certificate and am enjoying these latest songs:
What say you?  What are you listening to these days?
Posted by Virginia Hill at 1:14 PM

Email ThisBlogThis!Share to TwitterShare to FacebookShare to Pinterest
Categories: music

After working for an animal supply retailer for fifteen years I confess that my interest in products geared toward animals is likely more extreme than the average consumer. I no longer have to keep up with products, but when it comes to Lizzie I want to be an educated consumer. Her well-being is worthy of a long drive or spending time researching products online.

Since Lizzie is a mere month away from turning six and is still experiencing sporadic "tummy trouble," I chose a dry senior diet versus the lite diet she's been eating for several months.  She's also the first dog of mine who has been fed canned food. I'm still surprised by my decision but feel that she may the first to benefit from the slight variation in her daily diet.  The small amount of canned food mixed in with her dry diet will also assure me that she gets all of her whole food supplement, which is a fine granule that usually ends up at the bottom of a bowl of dry food. 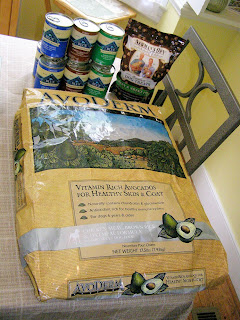 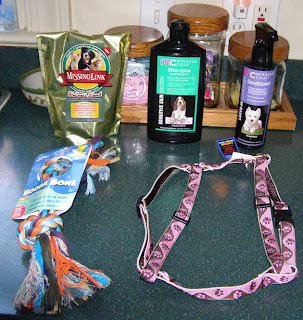 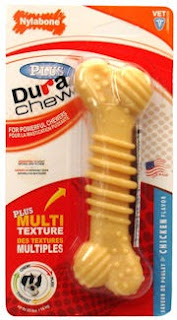 Three chews on backorder
She is being transitioned slowly to the new dry food. I've started her off with the lamb canned food and will be slowly increasing her supplement until she's getting her two teaspoons per day.

She's already given a "paws up" to the new rope toy. She and my daughter had a rousing good time playing with that this morning. I haven't seen Lizzie move that fast for a long time.  She was a blur of motion and play growling.

I sure feel better knowing she has a healthy diet and lots of toys to keep her playful to go along with all the crazy love she gets from us.  She's worth it!
Posted by Virginia Hill at 7:58 AM 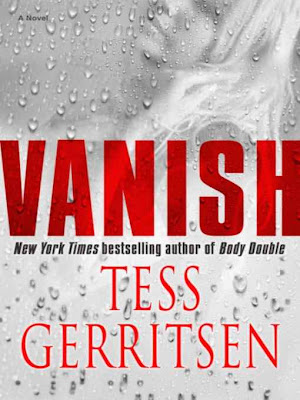 A blessed event becomes a nightmare for pregnant homicide detective Jane Rizzoli when she finds herself on the wrong side of a hostage crisis in this timely and relentless new thriller from the New York Times bestselling author of Body Double.

A nameless, beautiful woman appears to be just another corpse in the morgue. An apparent suicide, she lies on a gurney, awaiting the dissecting scalpel of medical examiner Maura Isles. But when Maura unzips the body bag and looks down at the body, she gets the fright of her life. The corpse opens its eyes.

Very much alive, the woman is rushed to the hospital, where with shockingly cool precision, she murders a security guard and seizes hostages . . . one of them a pregnant patient, Jane Rizzoli.

Who is this violent, desperate soul, and what does she want? As the tense hours tick by, Maura joins forces with Jane’s husband, FBI agent Gabriel Dean, to track down the mysterious killer’s identity. When federal agents suddenly appear on the scene, Maura and Gabriel realize that they are dealing with a case that goes far deeper than just an ordinary hostage crisis.

Only Jane, trapped with the armed madwoman, holds the key to the mystery. And only she can solve it–if she survives the night.

I found this book to be the most disturbing of the Rizzoli & Isles series, so far. Excellent but emotionally draining. Human trafficking, a tense hostage situation, and not knowing who could be trusted made for a lot of suspense. If it had ended any differently than it did I may not have continued on with the series. Whew!