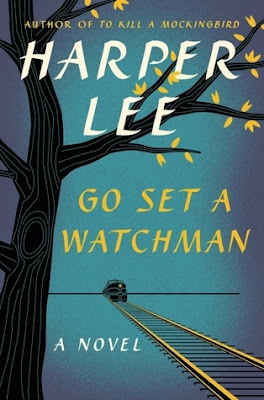 
Maycomb, Alabama. Twenty-six-year-old Jean Louise Finch—"Scout"—returns home from New York City to visit her aging father, Atticus. Set against the backdrop of the civil rights tensions and political turmoil that were transforming the South, Jean Louise's homecoming turns bittersweet when she learns disturbing truths about her close-knit family, the town, and the people dearest to her. Memories from her childhood flood back, and her values and assumptions are thrown into doubt. Featuring many of the iconic characters from To Kill a Mockingbird, Go Set a Watchman perfectly captures a young woman, and a world, in painful yet necessary transition out of the illusions of the past—a journey that can only be guided by one's own conscience.

Written in the mid-1950s, Go Set a Watchman imparts a fuller, richer understanding and appreciation of Harper Lee. Here is an unforgettable novel of wisdom, humanity, passion, humor, and effortless precision—a profoundly affecting work of art that is both wonderfully evocative of another era and relevant to our own times. It not only confirms the enduring brilliance of To Kill a Mockingbird, but also serves as its essential companion, adding depth, context, and new meaning to an American classic."

I will say that Nelle Harper Lee sure did (does) have a way with words. Sleep didn't stand a chance against this long-hidden, beautiful book. I re-read so many passages—some because I didn't immediately have an understanding of the mastery of her expression to feeling the need to discover their deeper meanings. Throughout, I found myself appreciating how often the language (setting, too) felt contemporary, yet also being charmed by the thoughts, mannerisms, and eloquence of her memorable characters from another era. The author's brilliance had me alternately laughing and crying but consistently feeling extremely appreciative for my time with this remarkable work.

I will not deny that I found parts of it difficult to read, particularly the harsh views and language. I've not the literary investment in the character of Atticus Finch that so many seem to have. Although I found much of what was written disturbing, I think I saw his motivations differently than those whose reviews I've read so far. This novel was written in the 1950's about life in a small Southern town. It is like nothing I was exposed to in my time or my south (Southern California).

My high ideal of Atticus Finch seems to allow for him not to be perfect. I fear that those who have revered his character as the epitome of all-that-is-right may be distraught over his depiction here. Of course, as the story goes, Jean Louise held him to the highest ideal. He couldn't help but disappoint her.

There is much lightheartedness to be had, though: charm, wit, cleverness, and Jean Louise's brashness included.

I'm interested to hear what my friends have to say about it.

“She was a person who, when confronted with an easy way out, always took the hard way."

"Gentlemen, if there's one slogan in this world I believe, it is this: equal rights for all, special privileges for none." ~ Atticus Finch

“Prejudice, a dirty word, and faith, a clean one, have something in common: they both begin where reason ends.” ~ Jack Finch

“Alexandra was one of those people who had gone through life at no cost to themselves; had she been obliged to pay any emotional bills during her earthly life, Jean Louise could imagine her stopping at the check-in desk in heaven and demanding a refund.”

Posted by Virginia Hill at 1:51 PM