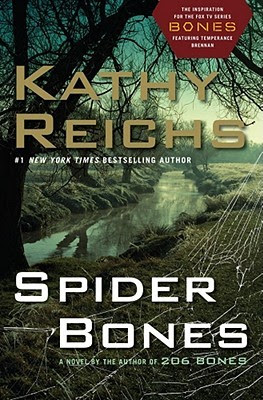 John Lowery was declared dead in 1968—the victim of a Huey crash in Vietnam, his body buried long ago in North Carolina. Four decades later, Temperance Brennan is called to the scene of a drowning in Hemmingford, Quebec. The victim appears to have died while in the midst of a bizarre sexual practice. The corpse is later identified as John Lowery. But how could Lowery have died twice, and how did an American soldier end up in Canada?

Tempe sets off for the answer, exhuming Lowery’s grave in North Carolina and taking the remains to Hawaii for reanalysis—to the headquarters of JPAC, the U.S. military’s Joint POW/ MIA Accounting Command, which strives to recover Americans who have died in past conflicts. In Hawaii, Tempe is joined by her colleague and ex-lover Detective Andrew Ryan (how “ex” is he?) and by her daughter, who is recovering from her own tragic loss. Soon another set of remains is located, with Lowery’s dog tags tangled among them. Three bodies—all identified as Lowery.

And then Tempe is contacted by Hadley Perry, Honolulu’s flamboyant medical examiner, who needs help identifying the remains of an adolescent boy found offshore. Was he the victim of a shark attack? Or something much more sinister?

A complex and riveting tale of deceit and murder unfolds in this, the thirteenth thrilling novel in Reichs’s “cleverly plotted and expertly maintained series” (The New York Times Book Review). With the smash hit Bones now in its fifth season and in full syndication—and her most recent novel, 206 Bones, an instant New York Times bestseller—Kathy Reichs is at the top of her game.

I confess my head was spinning with all of the acronyms being tossed about, but I very much enjoy Kathy Reichs' unvoiced thoughts (comments, gripes, etc.), use of actual brand names (like regular people do), and knowledge of popular culture. She's an anthropologist, but she is hip! My family was from Hawaii and I enjoyed reading about familiar locations. I was also fascinated by how the cases intertwined and how things wrapped up.