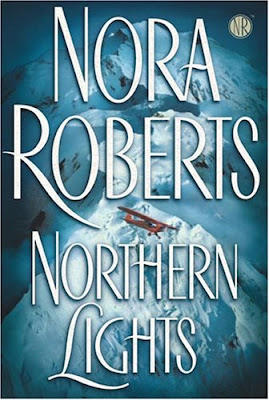 The town of Lunacy, Alaska, was Nate Burke's last chance. As a Baltimore cop, he'd watched his partner die on the street - and the guilt still haunts him. With nowhere else to go, he accepts the job as chief of police in this tiny, remote Alaskan town. Aside from sorting out a run-in between a couple of motor vehicles and a moose, he finds his first few weeks on the job are relatively quiet. But just as he wonders whether this has been all a big mistake, an unexpected kiss on New Year's Eve under the brilliant Northern Lights of the Alaskan sky lifts his spirits and convinces him to stay just a little longer.

Meg Galloway, born and raised in Lunacy, is used to being alone. She was a young girl when her father disappeared, and she has learned to be independent, flying her small plane, living on the outskirts of town with just her huskies for company. After her New Year's kiss with the chief of police, she allows herself to give in to passion - while remaining determined to keep things as simple as possible. But there's something about Nate's sad eyes that gets under her skin and warms her frozen heart.

And now, things in Lunacy are heating up. Years ago, on one of the majestic mountains shadowing the town, a crime occurred that is unsolved to this day - and Nate suspects that a killer still walks the snowy streets. His investigation will unearth the secrets and suspicions that lurk beneath the placid surface, as well as bring out the big-city survival instincts that made him a cop in the first place. And his discovery will threaten the new life - and the new love - that he has finally found for himself.

MY THOUGHTS (SHORT AND SWEET)

This was one of Nora's books worthy of another visit (I read it as a new release in October 2004). Introductions were made. The scenes set up. The chemistry obvious. She didn't spend too long on any one aspect of the story. It got interesting really quickly and moved along at a quick pace. As always, her hero and heroine were impressive. Her brief but plentiful descriptions of the majesty of Alaska help set the stage for a first rate story!