Book Review: The Picture of Dorian Gray by Oscar Wilde 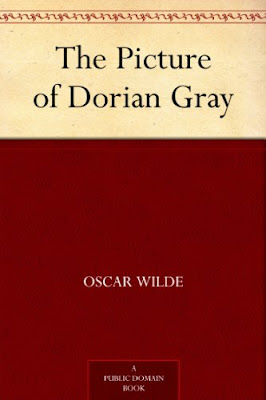 The Picture of Dorian Gray is the only published novel by Oscar Wilde, appearing as the lead story in Lippincott's Monthly Magazine on 20 June 1890, printed as the July 1890 issue of this magazine. Wilde later revised this edition, making several alterations, and adding new chapters; the amended version was published by Ward, Lock, and Company in April 1891. The title is sometimes rendered incorrectly as The Portrait of Dorian Gray.

The novel tells of a young man named Dorian Gray, the subject of a painting by artist Basil Hallward. Basil is impressed by Dorian's beauty and becomes infatuated with him, believing his beauty is responsible for a new mode in his art. Dorian meets Lord Henry Wotton, a friend of Basil's, and becomes enthralled by Lord Henry's world view. Espousing a new hedonism, Lord Henry suggests the only things worth pursuing in life are beauty and fulfillment of the senses. Realizing that one day his beauty will fade, Dorian (whimsically) expresses a desire to sell his soul to ensure the portrait Basil has painted would age rather than himself. Dorian's wish is fulfilled, plunging him into debauched acts. The portrait serves as a reminder of the effect each act has upon his soul, with each sin displayed as a disfigurement of his form, or through a sign of aging.

The Picture of Dorian Gray is considered a work of classic Gothic horror fiction with a strong Faustian theme.

I found it extremely difficult to rate The Picture of Dorian Gray, probably the most difficulty I've had with any other book. It was too fine a work to claim I "didn't like it." Too bold to claim it "okay." I settled on "liked it" by default. I found the characters flippant, the "friendships" damning and the confessions of love frivolous. This book is a character study of human shallowness (as was likely the author's intent.) Although perfect in his youthful beauty Dorian Gray was flawed horribly and too easily influenced. So much so his entire demeanor is horribly changed by his association with Lord Henry Wotton and Basil Hallward. Dorian claims Lord Henry's constant epigrams (for example: Because you have the most marvellous youth, and youth is the one thing worth having.) "cut life to pieces", and that a book Henry gave him "poisoned him." Yet, he called him friend. The painter, Basil, felt so inspired by Dorian that he claimed the picture of him to be his finest work. The picture of youth for which Dorian sold his soul.