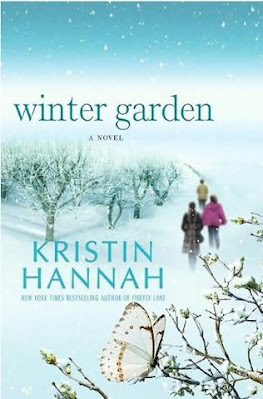 
Can a woman ever really know herself if she doesn’t know her mother?
From the author of the smash-hit bestseller Firefly Lane and True Colors comes a powerful, heartbreaking novel that illuminates the intricate mother-daughter bond and explores the enduring links between the present and the past
Meredith and Nina Whitson are as different as sisters can be. One stayed at home to raise her children and manage the family apple orchard; the other followed a dream and traveled the world to become a famous photojournalist. But when their beloved father falls ill, Meredith and Nina find themselves together again, standing alongside their cold, disapproving mother, Anya, who even now, offers no comfort to her daughters. As children, the only connection between them was the Russian fairy tale Anya sometimes told the girls at night. On his deathbed, their father extracts a promise from the women in his life: the fairy tale will be told one last time—and all the way to the end. Thus begins an unexpected journey into the truth of Anya’s life in war-torn Leningrad, more than five decades ago. Alternating between the past and present, Meredith and Nina will finally hear the singular, harrowing story of their mother’s life, and what they learn is a secret so terrible and terrifying that it will shake the very foundation of their family and change who they believe they are.
MY THOUGHTS

Five stars. Five tissues...at least. Those of you who have read Kristin Hannah are already aware of how intensely moving her novels are. Winter Garden is no exception. It is a stirring depiction of two daughters, Meredith and Nina, dealing with the death of their beloved father and his request of them to get to know their secretive and reserved mother. They must get her to continue telling them the fairy tale she had started when they were young but hadn't yet finished.

As the novel (and fairy tale) unfold we learn how their mother's repressed behavior toward her own daughters has affected their lives and relationships. Since I don't do spoilers I will reveal no more specifics. I'll just say when Meredith, Nina, and their mother go to Alaska together more than just the majestic beauty of the area is revealed.

(Note: The story was motivation enough for finishing it in a timely manner, but another inducement was it would be my 52nd book read in 2011. I had challenged myself to read 40, but I could not leave my total at 51 when 52 would make my average for the year perfect!)