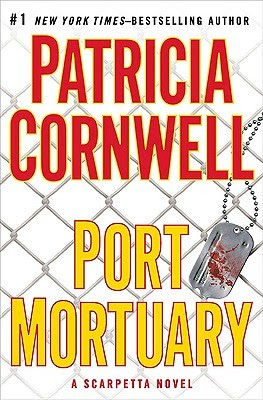 Kay Scarpetta has been training at the Dover Port Mortuary, mastering the art of 'virtual autopsy' - a groundbreaking procedure that could soon revolutionize forensic science. And it is not too long before these new skills urgently need to be put into practice. A young man drops dead, apparently from a heart condition, eerily close to Scarpetta's home. But when his body is examined the next morning, there are stunning indications that he may have been alive when he was zipped inside a pouch and locked inside the cooler. When the revolutionary 3D radiology scans reveal more shocking details about internal injuries unlike any Scarpetta has ever seen, Scarpetta realizes that this is a case of murder and that she is fighting a cunning and uniquely cruel enemy. Now it is a race against time to discover who and why before more people die. But that time is running out ... Patricia Cornwell is the 2008 winner of the Galaxy British Book Awards' Books Direct Crime Thriller of the Year? the first American ever to win this prestigious award. Postmortem was the only novel to win five major crime awards in a single year and Cruel and Unusual won the coveted Gold Dagger Award in 1993.

After not being able to finish the two previous Scarpetta novels (Scarpetta and The Scarpetta Factor) and barely finishing several (Book of the Dead, Predator, Trace, Blow Fly), before them, I am fairly pleased with Port Mortuary. In comparison, that is.

I found it heavy on confusing dialogue but felt returning to Scarpetta's point of view was its saving grace. It was a complex story line with seemingly unrelated things ultimately being connected. There was a number of very clever lines of dialogue and I enjoyed Kay's interaction with the Greyhound, Sock.

I will give the current Scarpetta novel, Red Mist, a try and be hopeful that I find it interesting enough to finish as well.

Posted by Virginia Hill at 8:52 AM