I've been trying to locate a paper trail on my great uncle, Delbert HILL since I started doing genealogy in 1997. My dad had little knowledge of his father's oldest sibling. You see, unlike his parents and siblings, Delbert never moved from Ohio. He grew up in Medina, Ohio, and was living there when he died at age 49. It turns out that Delbert died when my father was only 6 years old. Maybe that's why he knew nothing about him. Delbert's birth record listed him merely as "J.D. Hill." His name was also recorded on various documents as Jay Adelbert HILL, Bert HILL, Delbert HILL, and Jay Albert HILL. Oddly, he was recorded twice in the 1900 U.S. Census: on June 1 in Montville Township, living as a boarder, with the HODDINOTT family, and on June 21, in Medina Township, with his parents, John Delbert HILL & Charlotte Ellen KENYON, and siblings. I have not located him in the 1910 or 1930 Census, but with the last name of HILL and all of the first and middle name variations, he's a challenge to locate anywhere. When he registered for the draft in 1918, he and Hattie were living in Huron Township in Erie County. The 1920 Census shows Delbert, Hattie, and two children, Raymond A. HILL and Eloise C. HILL, living in Margaretta Township in Erie County.

Earlier this year I finally found Delbert's death certificate in the Ohio Deaths 1908 - 1953 Database at Family Search Labs. Once I had the death certificate I was able to locate his death notice and obituary using the Obituary Index at the Medina County Public Library website. The following week I had both of those notices but neither contained any mention of his wife or children. My cousin, Pauline, who also referred to him as Delbert, believed he died in the mid-1930s and remembered that his wife's name was Hattie. She also knew of their daughter, Eloise, whose husband presided over the funeral of Pauline's mother, Hazel (who was Delbert's younger sister) in 1952. However, Pauline didn't recollect anything about Raymond. I located the obituary for Hattie LITTLETON in 2009 and have made an abstract. I also acquired Raymond's obituary (02 May 1912 - 12 Dec 1979). Eloise married Rev. Melvin R. WALTER (21 Dec 1917 - 05 May 2004) on 10 June 1879 in Seville, Medina County, Ohio. (UPDATE:  5/20/2010:  Eloise passed away 20 Feb 2010 in Eugene, Oregon. Her obituary abstract.)

I was told about a photograph of Delbert and hope to add it to the family history. I wonder, did he even refer to himself as Delbert? Maybe it was Jay or Albert or Bert... 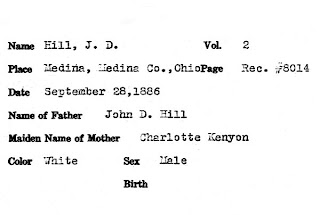 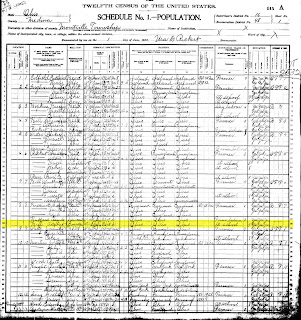 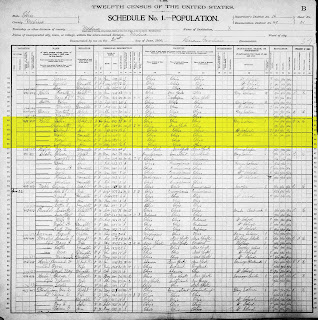 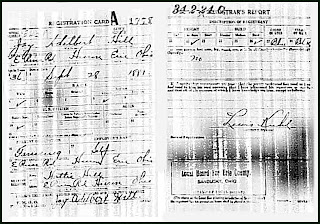 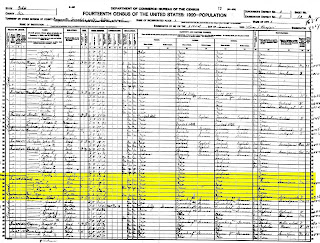 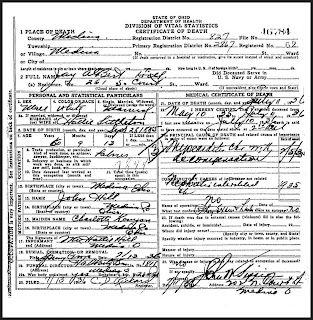 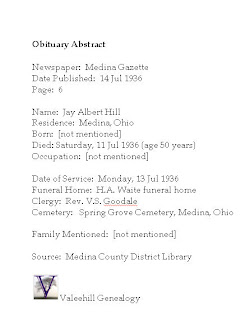 Posted by Virginia Hill at 3:24 PM