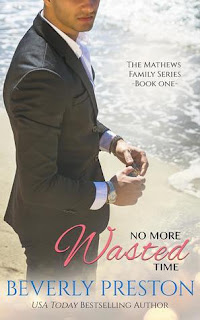 After losing her husband to a sudden heart attack, Tess Mathews escapes to Bora Bora to lay her husband and sorrow to rest. What she doesn’t expect is a new beginning.

Tom Clemmins is an A-list actor whose life revolves around work and an onslaught of women. He travels to Bora Bora for a much-needed break. Tom has a few ideas of how he’ll enjoy his vacation, but love isn’t one of them. Until he sees Tess.

Reserving a private shark-feeding excursion to scatter her husband’s ashes into the lagoon, Tess is furious when Mr. Hollywood bribes his way onto the boat, leaving her no other choice but to share the boat ride.

Tess is torn between tremendous guilt and zealous lust when their boat ride turns into a week full of romance and desire neither thought imaginable. Utterly smitten with a woman for the first time in his life, Tom casts his commitment phobia aside and whisks Tess off to Malibu where he introduces her as his “girlfriend” on the red carpet.

As the paparazzi besiege, can Tess survive the media blitz that ensues in order to find her second chance at love?


MY THOUGHTS
It's fate I tell you. This beautiful story and I were meant to be, kinda like Tess and Tom were. (Slightly dramatized for effect.) I had this novel in my sights months ago but lost track of it. Then two days ago, there it was again. This time I wasn't going to let it pass me by.

The thing that really struck me with this book was how exceptionally romantic it was. Romantic in language—in gesture—in chemistry—in the locations. Ahh, beautiful! I found it to be very sexy too but not crude or nasty. Tom and Tess are hot for each other, but from the beginning, their mutual attraction was beyond just physical attraction.

This story is like a multifaceted gem. It evoked a wide range of emotions in me. There was so much to appreciate about almost every aspect of it. The character of Tom Clemmins was a famous and wealthy celebrity and that was made part of the book. However, it was balanced nicely with the "normal" that was Tess. Her grief over the loss of her husband, her becoming the Tess she was with Tom, the development of their relationship, and the way in which her (and later Tom's) relationship with her grown children were depicted...I appreciated it all. Immensely.

This story made me realize that books that are categorically considered "romantic" aren't always very romantic. After a while reading books with hints of romance become the norm. No More Wasted Time was a lavishly romantic and touching story this mature reader found extraordinary!

The second book in the series, Shayla's Story, was published on June 23 and is already waiting for me on my reading device.  :)