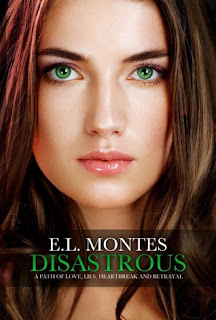 After struggling with the loss of yet another person so dear to her heart, Mia Sullivan channeled her frustration and loneliness into focusing on her future career. At the top of her class at Harvard Law, she was nervous and excited when given the opportunity to work as a summer extern at one of the top firms in Boston. Her new boss was the young, extraordinarily handsome, and successful Marcus DeLuca. As she falls for his charms, she discovers he is keeping something from her.

Marcus DeLuca was living two separate lives: one that involved his successful career and the other that could potentially ruin his entire reputation. His secret could jeopardize not only his life but everyone he loves. There was no room in his life for a serious romantic relationship, but after meeting Mia, he makes room. He cannot resist her. She is innocent, humble, and pure--the total opposite of him. She distracts him from all of his deep dark secrets. He knows once Mia finds out the things he has done and who he truly is, she will never want to look at him again. Deep down he knows he must stay away, but he can't.

Mia and Marcus are heading down a path of love, lies, heartbreak, and betrayal. Can their love conquer all, or will the web of deceit be too much to overcome?

I wouldn't even try to detail all the things I liked and didn't exactly care for about Disastrous. I'm glad I read it and know I'll read the sequel after it's released in May 2013. The thing about extremely passionate relationships, like Mia and Marcus's, is that even characters who are supposed to be highly intelligent often come across as total dolts—the heat quotient goes up and the IQ points take a dive. GAH! I can accept instant attraction and even strong feelings, but the total abandon of sense and almost instantaneous professions of love are stretching it. That I'll-love-you-forever thing when you don't really know anything about them leaves out the whole getting-to-know-them phase. Mia knows Marcus has things he's hiding from her. Other shadowy not-so-good things become apparent and they scare her but she still says she'll marry him!? Eegads! What good is that 4.0 GPA doing Mia? We're talking THE MOB here. Are you telling me she would agree to marry him when she knows he's involved in gun and drug running? That's some blinding love. There were a couple of passages I highlighted for their relevancy:


"He did well in Ethics? I snorted. Maybe in the classroom and the legal world he aced it, but when involving his relationship and personal life, his ethics sucked big time!" ~ Mia Sullivan

"Our relationship didn't make sense! We both had our issues, and two wrongs surely did not make a right." ~ Mia Sullivan

Anyway, besides some of Mia's narration and some of Marcus's behavior bothering me, the writing kept me reading. I was surprised to find, and make note of, quite a few typos given the list of people acknowledged for beta reading and editing. Do some of these digital books get scrambled in transfer? Hmmm.

Even though I don't mind some description of wardrobe, design, etc. I did seem to mind the overuse of the word "curves" in relationship to Mia's "curvy" figure—EIGHT times seemed excessive to me.

A pet peeve of mine relates to the continual use of mobile devices and no mention of them ever needing to be recharged. It bugs me! I appreciated that there were at least two mentions of Mia's mobile being charged. YAY! Another grievance of mine is the use of annoying texting abbreviations, especially with people supposedly not lacking a vocabulary. Seeing horrid slang mixed with proper punctuation and otherwise astute word usage also annoys me. I will say that not all of Mia and Marcus's texts were guilty of this offense—thank goodness!

About a quarter of the way in Mia tells Marcus that she doesn't buy lavish clothing, doesn't go on expensive trips and watches what she spends, but elsewhere she says, "Every girl should always enjoy a spa day at least twice a month."  Excuse me! That is not being careful with money! I guess is is a matter of perspective, but a spa day is sort of an expensive trip, isn't it?

I usually don't spend much (if any) time listing my gripes about a book. Is it because I mostly review books I've rated four or five stars? What is it about those highly rated books that lead me to keep my complaints to myself? Why did I not stop at rating Disastrous three stars and moving on to the next book without expounding on my grievances? I don't know. I certainly liked it and appreciated enough about it to finish. My admiration for these indie authors is high. I'm delighted they are brave enough to share their stories with us—flaws and all. Criticism is tough, especially to creative people, I think. For a debut novel Disastrous is a pretty strong introduction to a brave new author. I'm "cautiously" hopeful that in the next novel I will reach for at least one more star and really like it! (Update: I read Cautious


"I want to date, see where it goes. I've never dated before, and I don't know how it works, but you're the kind of girl that a man should treat like a woman, not as a one-night stand." ~  Marcus DeLuca

“Marcus DeLuca had to be a dangerous man because I was caving in too soon; it was just too soon to feel this attachment, to feel and want him so desperately. When something seems too good to be true, it’s exactly that." ~ Mia Sullivan

"Mia, before you I was lost. And the moment I laid eyes on your beautiful face, I knew...I just knew I had to make you mine. I found a woman...that...makes...me terrified to love for the first time. Finally I found the only woman that I want to spend the rest of my life with. I'm not asking. I'm begging you it you would do me the honor of becoming my wife." ~ Marcus DeLuca

"That's what love is...It's scary not knowing what's expected, but I know it'll be the best frightening love we've ever had." ~ Marcus DeLuca

Posted by Virginia Hill at 9:27 AM