Book Review: Beneath This Man by Jodi Ellen Malpas 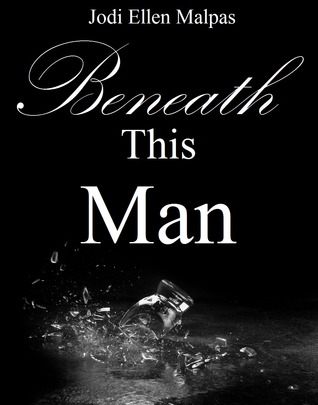 Jesse Ward drowned her with his intensity and blindsided her with his passion, but he kept her away from his dark secrets and broken soul. Leaving him was the only way Ava O'Shea could survive. She should have known that Jesse Ward is impossible to escape--and now he's back in her life, determined to remind her of the sensual pleasures they had shared. Ava is equally determined to get at the truth beneath this man's steely exterior. That means letting herself get close to the Lord of the Manor once more. And it's exactly where Jesse wants her--within touching distance...

"I've learnt that he is intense, hot-blooded and controlling, but he is also gentle, affectionate and protective."
~ Ava O'Shea

"Where you're concerned, I'll try my best, Ava. I already told you, I've waited too long for you. You're my little piece of heaven. Nothing will rob you from me. Nothing.  As long as I have you, I have purpose and reason. That is why I won't be drinking and that is why I will do everything in my power to keep you safe. Understand?"
~ Jesse Ward