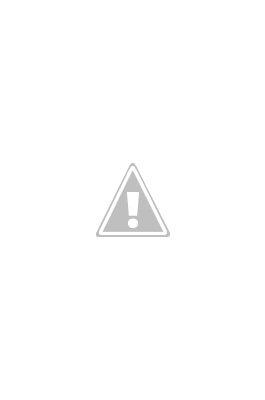 An A-List Movie Star. . .
Ryan Christensen just wanted to be an actor. Never in his wildest dreams did he imagine a life where fans would chase him, paparazzi would stalk him, and Hollywood studios would want to own him. While filming in Seaport, Rhode Island, Ryan ducks into a neighborhood bar for a quick escape from legions of screaming fans . . . and finds much more than he expected.

A Small-Town Girl. . .
Nursing a recent heartbreak, Taryn Mitchell believes men are best kept at a safe distance. But when Ryan Christensen unexpectedly bursts through the front door of her pub, she can’t help but be drawn in by his humor, charm, and undeniable good looks. At six foot two, with dirty blond hair, blue eyes, and an incredible body, Ryan has every girl in Seaport swooning. But Taryn isn’t every other girl.

A Relationship That Doesn’t Follow the Script. . .
Despite her better judgment, Taryn soon finds herself falling hard for Ryan. But is their bond strong enough to survive the tabloid headlines, the relentless paparazzi, and the jealous fans who seem determined to tear them apart?

MY THOUGHTS
Love Unscripted was such an unexpected delight! How fortuitous it was that I chose to find out about it from amongst the slew of recommendations on Goodreads and Amazon. Also, that I did not discount it based on the "Hollywood" connection. (For some reason I usually disregard novels having to do with the movie industry.) Although the character of Ryan Christensen is an actor it's the portrayal of his honest human emotions that was the draw for me and not his celebrity. I quite enjoyed how the story began and how the introduction to the characters was written, especially how Ryan and Taryn met. Certainly, their individual and remarkable physical appearances account for the first hint of mutual attraction, but it is soon apparent that this is but a starting point to so much more between them. Ryan is absolutely terrorized by rabid fans and hassled by paparazzi. Taryn offers him sanctuary and soon becomes his home. His peace. His comfort. Her normalcy and empathy are the calm from the storm of his tempestuous life. I really enjoyed the way their relationship developed: their conversations, the gentle elbow bumps, finger pokes, and foot nudges. Their playing poker and pool together, quoting movie lines, spending time at the lake, and sharing meals made the beginning of their sexual relationship an understandable and honest next phase. Both Ryan and Taryn's considerate behavior is indicative of their respective upbringings. I thought Tina Reber did a remarkable job conveying the characters' emotions, how they dealt with the difficulties of their opposing lifestyles; how they strove for honesty and openness with each other, and how they fought through opposition and heartbreak for a shared future.

The combination of the engaging story and characters with whom I could empathize made this a dream read! I read the entire 670 pages within one day and would have been pleased to continue.  Fortunately, those of us eagerly awaiting the next installment in Ryan and Taryn's story have only to wait until August 31 (updated release date of September 14), when Love Unrehearsed is released.

Highlights
"The biggest question in my mind was whether peace and insanity could survive together in harmony." ~ Taryn Mitchell

"I didn't need anyone to take care of me, but I did want someone to love me enough to try." ~ Taryn Mitchell

"It is here that I fell in love with you. And as fate would have it, it is here that I humbly kneel before you and ask you to be my wife.” ~ Ryan Christensen
Posted by Virginia Hill at 10:57 AM