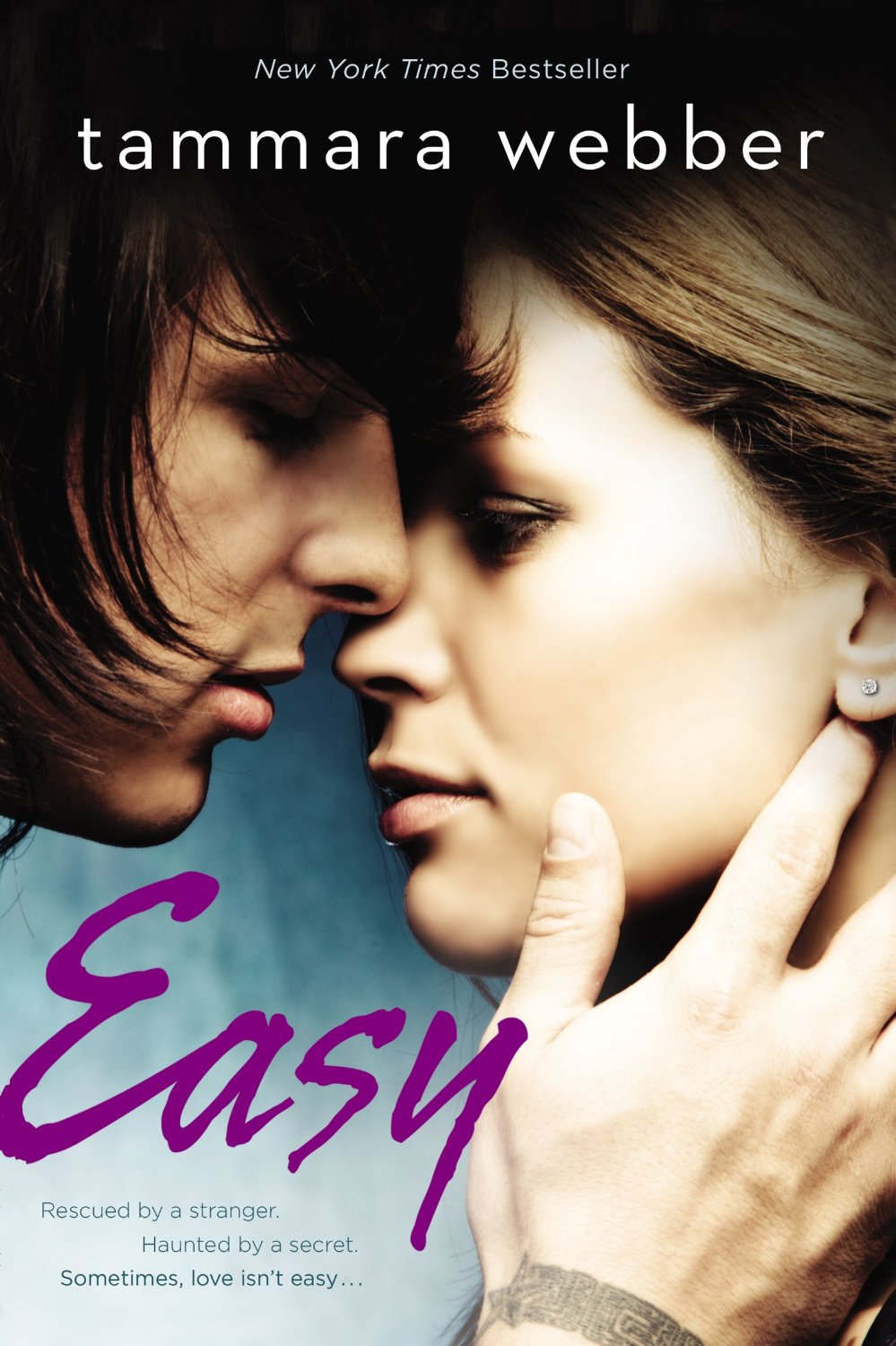 Rescued by a stranger.
Haunted by a secret
Sometimes, love isn’t easy…

He watched her, but never knew her. Until thanks to a chance encounter, he became her savior…

The attraction between them was undeniable. Yet the past he’d worked so hard to overcome, and the future she’d put so much faith in, threatened to tear them apart.

Only together could they fight the pain and guilt, face the truth—and find the unexpected power of love.

A groundbreaking novel in the New Adult genre, Easy faces one girl's struggle to regain the trust she's lost, find the inner strength to fight back against an attacker, and accept the peace she finds in the arms of a secretive boy.


MY THOUGHTS (Short and Sweet)

Easy by Tammara Webber is a perfect example of a recommendation gone...right. Several recommendations, actually. This novel far exceeded any expectations I had when I began reading. After just a few pages the writing and story grabbed me, and I was captivated. There were incidental things (names, mostly) that offered me some feelings of connection on a personal level. There was so much to appreciate about Easy—as a whole and in the details. The characters all felt "reasonable" in that they weren't fictionally exaggerated. Their dialogue and interaction with each other seemed plausible. Their emotions felt in sync with their experiences. Jacqueline's condition over the break-up with Kennedy and her friends' "assistance" in trying to help her get over him were quite believable. The introduction, subsequent appearances, and finally, our becoming acquainted with Lucas in the book was done so seamlessly. Lucas, whose tattooed and lip-ringed looks may have appeared to be at odds with his innate goodness, was a remarkable character! I could attribute to him many complimentary labels, but essentially it's all there in him—in the book.

There are several themes dealt with in Easy, which I felt were handled very well. They had a real-world quality about them. Some of it was raw and frightening. Some of it was subtle and thought-provoking. The characters of Jacqueline and Lucas are exceptionally intuitive, empathetic, and intelligent. He notices much more about her than her looks and she discovers much more lies beneath his. Most excellently done!

“Choosing to be with you, isn't a difficult decision, Jacqueline...It's easy. Incredibly easy.”
~ Lucas Maxfield

"So I don't want you to feel pressured. Or overpowered. But I do, absolutely, want to kiss you right now. Badly."
~Lucas Maxfield

“The way he kissed me felt like a brand. Like he was tattooing himself under my skin.”
~ Jacqueline Wallace