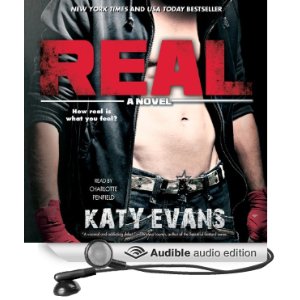 An indie phenomenon and a New York Times and USA Today bestseller, the first in a heartwrenching new adult series about a beautiful young sports rehab specialist who can't fight her attraction to a dangerously sexy underground fighter - a fallen boxer.

A woman with a broken dream.

He even makes me forget my name.

One night was all it took, and I forgot everything and anything except the sexy fighter in the ring who sets my mind ablaze and my body on fire with wanting…

Remington Tate is the strongest, most confusing man I've ever met in my life. He's the star of the dangerous underground fighting circuit, and I'm drawn to him as I've never been drawn to anything in my life. I forget who I am, what I want, with just one look from him. When he's near, I need to remind myself that I am strong - but he is stronger. And now it's my job to keep his body working like a perfect machine, his taut muscles primed and ready to break the bones of his next opponents...

But the one he's most threatening to now is me. I want him. I want him without fear. Without reservations... If only I knew for sure what it is that he wants from me?


MY THOUGHTS
According to my Audible listening stats, I'm a Novice, but I still consider myself a Newbie. With the completion of this audiobook, I have a total of 16 "listens" and yet I still don't understand the intricacies of this format. I do know that many of my favorite five-star reads don't transition well to an audiobook and that has almost everything to do with the narration.  I think that third person narrative probably transitions from print to audio the best. So far, I've preferred dual points of view—having both the hero and heroine represented by a narrator of the corresponding gender sounds most genuine to me. Having an adult male voicing a young girl or a female voicing an alpha male character...well, it just isn't optimal.

Such is my only real issue with the audiobook narrated by Charlotte Penfield. I already knew the story was a five-star read—I read the indie published Kindle version on April 30 and had this to say:


"Well, CRAP! I have succumbed like so many others. I didn't expect to think that Remington was "all that", but dammit he IS! Even with the graphic championship fight description, which left me feeling queasy, I LOVED this book! I had scanned some reader comments, before committing to read Real, mentioning a deficit in dialogue, an excess amount of talk about muscles and hormones, and an inaccurate description of bipolarism. GAH! I don't care about all that. I loved Brooke's narration, how protective Remy's team was of him, and how primal Remy and Brooke were. RAWR"


While listening to the narrator I found myself wishing for more of a distinction between Brooke's and Remy's voices. There were times when I could barely discern the difference. Even though I don't recall it being mentioned within the book, I thought that Remy should have at least a hint of a Texas accent. Just something subtle to further distinguish his dialogue. The other consideration with first-person narrative is I feel the narrator should convey the story as it would be spoken and not read. Although Ms. Penfield spoke very clearly and enunciated well, I was looking for more emoting, changes in breathing, and variations in tempo. However, I was very impressed with her handling of Brooke's emotionally devastating scene with Remy in the hospital. I shed a few tears over that scene and the prior championship fight scene.

The audiobook is over eleven hours long; I was so keenly intent upon keeping Brooke and Remy in my head that I didn't read my current Kindle book at all after downloading and beginning this audiobook yesterday afternoon. I listened until the wee hours and continued as soon as I awoke. I'm still so affected by this story that I'm not feeling my usual eagerness to get back to reading. I must not ready to leave Brooke and Remy.

Fortunately, the second book in The Real Series, Mine, is due out in eBook form on November 5, and followed shortly thereafter by the third, Remy, on November 26. I don't see any expected release dates for the audiobooks at this time.

Posted by Virginia Hill at 1:08 PM