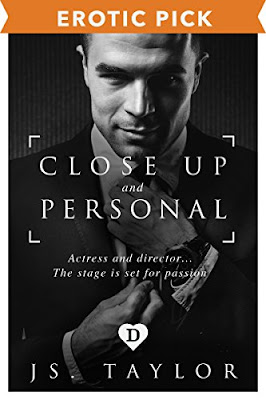 Actress and director. The stage is set for passion...

Drama-school graduate Isabella Green wants to be a script-writer. But when she meets famous director James Berkeley, she’s tempted into the glamorous world of acting.

Behind the camera, the mysterious Berkeley commands discipline at all times. But Isabella soon discovers this man's dominant tendencies also extend into the dressing room.

Suddenly Isabella is discovering a side of herself she never knew existed. But she is also learning more about the alluring James Berkeley. Is his desperate past something she can help heal? Or will the flames of passion consume them both when the cameras start rolling? 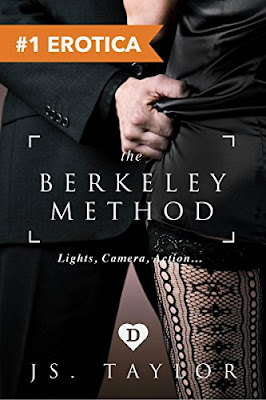 The Berkeley Method is book two in the bestselling Spotlight Series, which began with Close-Up and Personal.

If you love books like 50 Shades of Grey (E.L. James) or Bared to You (Sylvia Day, Crossfire Series) you'll love the Spotlight Series...

Isabella Green has landed a lead role, in James Berkeley’s latest movie. And she’s about to discover, that the famous director runs a punishing schedule. Both on and off set.

But with their relationship still a closely guarded secret, James and Isabella are walking a tight-rope. And when jealousy and danger explode around them, can their feelings hold firm? 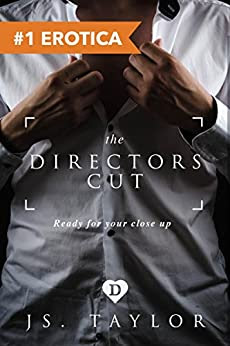 The Director’s Cut is Book #3 in the bestselling Spotlight series, which began with Close Up & Personal.

If you love books like 50 Shades of Grey (E.L. James), Bared to You (Sylvia Day, Crossfire Series), Beautiful Disaster, Rock Me, or Love Unscripted you'll love the Spotlight Series...

Ready for your close up?...

Issy and James have survived dangers and challenges to their relationship. But now the cameras are rolling, a new threat could ruin everything.

With Isabella, sparkling behind the camera, and James smouldering behind it, life on set is sexy and explosive. So when a malicious press leak, could end filming, their chance of a real relationship is suddenly in jeopardy. 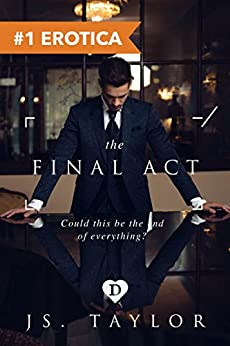 Issy and James have come a long way since that fateful first audition. And now filming is finally underway, past dangers seem behind them.

But when a deadly character from the past makes a reappearance, their relationship will be tested to the limits. And Issy is about to find out, that fame and love don’t always mix.

Could this be the end of everything?


MY THOUGHTS
I would really love to be able to write extremely detailed and helpful reviews for Close Up and Personal and The Berkeley Method. I'd like to be able to wax poetic about these two surprising books—books I may not have found had a Goodreads friend not recommended them. I wish I could accurately express how surprised I was by the contents of these two plainly covered books that actually go straight from cover to the first page without any introduction whatsoever...not even the standard copyright notice. I've got a feeling they may be overlooked for their simple (although pertinent) covers, rather bland synopses, lack of hype, and for not being among the abundance of recommendations (mine, at least) on Amazon and Goodreads. Why is that, I wonder?

Instead of highlighting passages and adding notes as I read, which helps in writing a more precise review, I totally "flaked" and just read, read, read. Doesn't that kinda say a lot right there, though? :) So, just a few brief observations...

I took to this James readily (he's an alpha male, but not a total brute!) and Isabella, although not particularly extraordinary, is genuinely endearing. I can't think of much I didn't appreciate about either book. Cleanly edited, well written, interesting characters, solid internal and spoken dialogue, great chemistry between the hero and heroine, and even some suspense for added drama. I read each of them in just a few hours, so they are page turners (Pageturners being the publisher's name!) 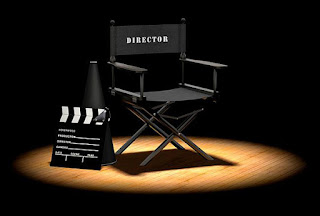 Updated 24 Aug 2013: Regarding The Director's Cut, which I read on May 19, I think I owe the series a back-to-back re-read in the future, mainly because at the time I read it I was distracted and didn't enjoy it nearly as much as the first two. Three stars are nothing to sneer at, and I just might feel this book more reading all four as one story.

Well, I've finished The Final Act, and have to say that it was my favorite in the series. I felt the character of Issy, in particular, had a stronger presence. Her character matured and became more interesting. The way she interacted with the other characters, especially James, but also with Natalie, Camilla, and briefly with Emilia, showed a more sophisticated Isabella. Yet, she could be counted on to exhibit a youthful enthusiasm when called for, which I found very sweet. I've read a number of books recently where the heroine would go suddenly from acting shy and unsure of herself to becoming a total seductress in the blink of an eye. I can't express how much I dislike that! Although Issy is obviously seriously attracted to and in love with James, she still had reservations about each new step in their relationship. She alternated between being confident with what she perceived as the familiar and faltering when presented with something unfamiliar.

James really liked stirring things up, and most certainly that included stirring Issy up! There were moments when he pulled back from her emotionally, but this final installment was also where he opened up to her—explaining a very dark part of his life. I would have enjoyed even more dialogue between them, but I did feel like there were more conversations here than in the previous two books.

I think this series is mainly marketed as contemporary erotic romance, but the suspenseful aspects of the series cannot be overlooked.  Although not heart-pounding thrillers the addition of the unknown elements, i.e. the Lipstick Stalker and the person leaking confidential information to the press did add a suspenseful element to the story.  I was pleased when I found out I had identified the stalker based on Issy's ruminations. YAY! Most of the book took place at Berkeley Hall or Studios, and in London. However, Issy's curious nature had her flying abroad hoping to uncover clues to identify the stalker. There were also several minor teaser-y types of storylines, which aided in keeping me interested.

As far as the romantic parts went, well, James really stepped things up. He made several grand gestures to prove his love to Issy! The things he did and said and-and did and said...Which, of course, inspired Issy to do and say wonderful things too...

"In Mauritius we don’t just say I love you. We say ‘Mo Content Toi’. It means: ‘You are the place where my heart feels at home.’ You are that place Issy. And my heart is very, very happy." ~ James

“You don’t have to be strong and in control all the time. Sometimes, you can let me be the strong one.” ~ Issy

"There are no words for how much I love you, James. If you are broken, I will fix you. If you are hurting, I will care for you. And no matter what, I will love you always." ~ Issy

“I think, sometimes, that’s what love is like,” he says, regarding the lake as he kisses my mouth. “It doesn’t just affect the two people involved. The ripples go outwards, further than we imagine.” ~ James

I will admit to being mildly disturbed by what occurred during one of their sexual rendezvous, but overall I think James and Issy communicated well in this area. :)  She gained strength with her maturity, and confidence from the admiration and support he openly bestowed upon her. He gained compassion, understanding, and acceptance from being with her.

Happily-ever-after endings are something I nearly always look for at the end of a romantic read, and in The Final Act there was a FANTASTIC one!

I did identify more editing oversights in The Final Act (several typos, misspellings, and lapses in the "I" and "Me" rule) than in the previous books, but I allow for more with self-published books by default. Nothing that distracting, really.

J.S. Taylor's next book was announced at the closing of this one, and she hints that James and Issy may make an appearance in Star Struck. ✨