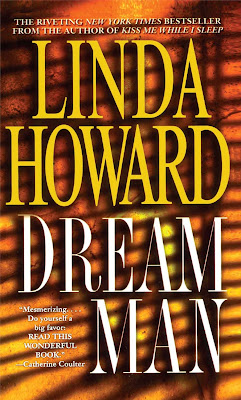 Had she finally met the man she longed for...or was she dreaming?

Marlie Keen was trying to lead a quiet, ordinary life. She thought the knowing -- the clairvoyance that allowed her to witness crimes as they happened -- had been destroyed in the nightmare of her past. Then one night it returned with a vengeance, and she desperately needed to find someone to make it stop.

Detective Dane Hollister of the Orlando police department had never met anyone like Marlie. He had doubts about her clairvoyance, but there was no doubt how much he desired her. Her soft, sweet scent set his blood afire, and he wanted to wrap her in his arms and chase the sadness from her eyes. To Marlie, Dane was all heat and hard muscle, and he made her body come alive as it never had before. But not even she could foresee where their passion would lead: a hungry quest for the elusive, dreamy ecstasies of love...and a dangerous journey into the twisted mind of a madman who would threaten their happiness and their lives....

Technology didn't have a big part in this book, which was published 16 years ago! Because of that, it holds up very well. The chemistry between Dane and Marlie is the star! I only had an issue with a small amount of dialogue between them—words that didn't seem true to the characters. I liked the secondary characters a lot and appreciated the insight into Dane's character shared by his partner/friend, Trammell, with Marlie. The majority of the book is told from the good guys' point of view with very little written from the killer's. This is one reason I prefer romantic suspense over traditional suspense/thrillers. The less time spent in the mind of the bad guy, the better. Dream Man is still a winner after all these years!

(Explanation 03/09/2011: I read the first edition paperback of Dream Man twice (in 1995 and '99), but donated that copy years ago. It's remained one of my all-time favorite romantic suspense novels and now that I have the Kindle Edition I can keep it, re-read it, and hopefully enjoy it as much or more than I did the first two times.)

Posted by Virginia Hill at 9:16 AM