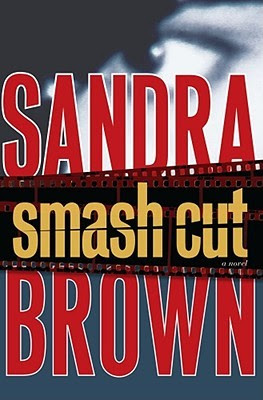 From the queen of romantic suspense and bestselling author of Ricochet comes a thriller full of jarring cinematic twists in which a killer reenacts cinema’s goriest murders.

When millionaire Paul Wheeler is murdered, his family retains renowned lawyer Derek Mitchell to defend the victim’s nephew Creighton—although the police have not charged the young man with the crime. Wheeler’s mistress Julie Rutledge, who is also a suspect, believes that Creighton is the killer, despite his rock-solid alibi, and she’ll do almost anything in her quest to prove his guilt—even ruin Derek’s career. But as Derek learns of Creighton’s darker side, especially his bizarre fascination with movie murders, the more he comes to believe Julie is right. The clock ticks down to a shocking ending as Derek and Julie join forces to find the truth. Has Creighton begun re-enacting cinema’s goriest scenes and, if so, who will be his unwilling costars? They won’t know until the final Smash Cut.

I had to read quite a few chapters before I started to warm up to any of the characters in this book. Even then I had many reservations about Julie and Derek. Creighton just "creeped" me out. Period. I had my suspicions about Julie and Paul's relationship, but Sandra Brown timed things perfectly (as usual) with the reveal. I thought the ending could not have been better! As always, I'm looking forward to her next novel!