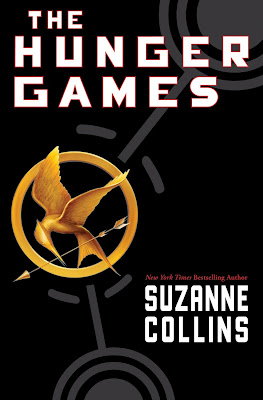 The book no one can stop talking about . . .

In the ruins of a place once known as North America lies the nation of Panem, a shining Capitol surrounded by twelve outlying districts. The Capitol is harsh and cruel and keeps the districts in line by forcing them all to send one boy and one girl between the ages of twelve and eighteen to participate in the annual Hunger Games, a fight to the death on live TV. Sixteen-year-old Katniss Everdeen, who lives alone with her mother and younger sister, regards it as a death sentence when she is forced to represent her district in the Games. But Katniss has been close to dead and survival, for her, is second nature. Without really meaning to, she becomes a contender. But if she is to win, she will have to start making choices that weigh survival against humanity and life against love.

New York Times bestselling author Suzanne Collins delivers equal parts suspense and philosophy, adventure and romance, in this searing novel set in a future with unsettling parallels to our present.

To be honest I wasn't interested in delving into this series after reading the synopses. I typically stay away from sci-fi, futuristic stuff. However, several friends sang its high praises and one friend loaned me the books. (Edited 03/12/2012: I purchased the box set for Kindle and read Catching Fire and Mockingjay, finishing the latter today.) I am so glad I made an exception for The Hunger Games, at least. My usual concern of getting lost in the futuristic jargon left after just a few pages—the writing is clearly descriptive. The dialogue was believable. The character of Katniss Everdeen was fascinating. Her motivations and actions were understandable, for the most part. It was a highly compelling read!