My direct connection to the KENYON branch of our family tree comes from my paternal great-grandmother, Charlotte Ellen (KENYON) HILL—she being my father's grandmother, who he did not know by name and who passed away many years before he was born. The KENYON branch of our family is the only one whose history has been researched, documented, and shared extensively. This family is where our connections to British Royalty (John I "Lackland" King of England, my 22nd great-grandfather), the Mayflower (passenger George SOULE, my 9th great-grandfather), and the Revolutionary War (several cousins, including first cousin six times removed, Oliver KENYON) originate.

The KENYON legacy also extends to the field of academics, where many years ago I found our connection to two brothers, both professors, the eldest whose education and career are documented below.

Alfred Monroe KENYON was born 10 Dec 1869 in Medina, Ohio, to Charles Champlin KENYON and Lucy Elizabeth GOULDIN. He was the eldest of three sons born on the farm that his grandfather, Samuel KENYON (brother of Joseph Champlin KENYON, the father of Charlotte Ellen KENYON), had purchased and passed on to his son. Alfred's brother, Herman Clifford KENYON, was a dentist; and his youngest brother, John Samuel KENYON, was an English professor at Hiram College.

Alfred died at the young age of 51 on 27 Jul 1921 in Ashland, Ohio, while returning home to Indiana from his mother's funeral in Medina.

The following documents cover Professor Kenyon's education and career, particularly at Purdue University, in great detail. He was a very well respected and remarkable man.

Please click on the images below to view them larger. You may also download and view them in their original sizes. 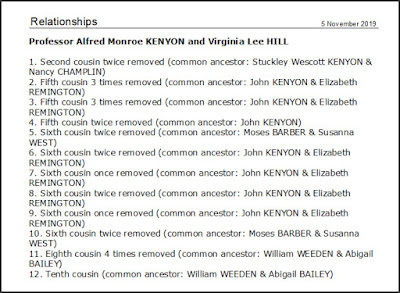 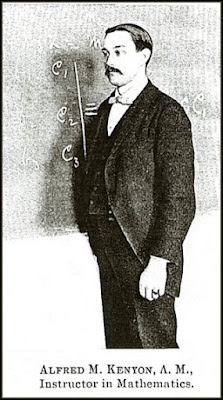 Published with the permission of the Purdue Yearbook, "Debris" - 1899

Published with the permission of the Purdue Yearbook, "Debris" - 1900 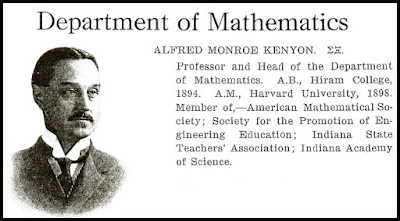 Published with the permission of the Purdue Yearbook, "Debris" - 1914

Published with permission of the Purdue Newspaper, "Exponent" - 10 Sep 1921 Issue 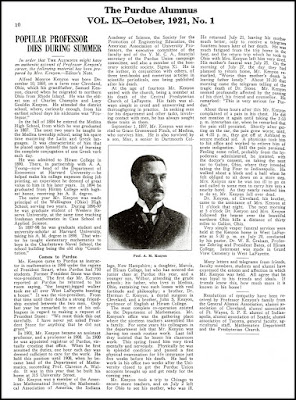 Published with the permission from the Purdue Magazine, "Alumnus" - Oct 1921 Issue 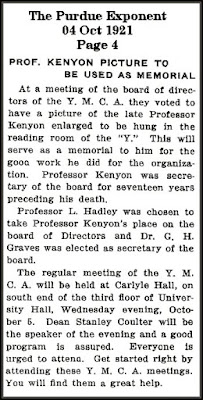 Published with the permission of the Purdue Newspaper, "Exponent" - 04 Oct 1921 Issue 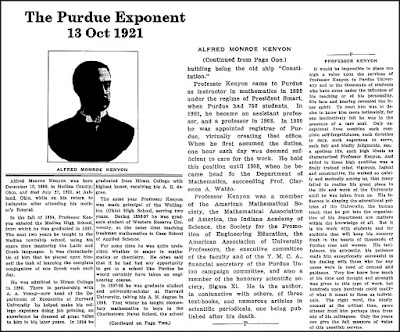 Published with the permission of the Purdue Newspaper, "Exponent" - 13 Oct 1921 Issue 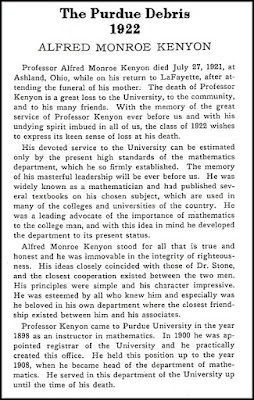 Published with the permission of the Purdue Yearbook, "Debris" - 1922 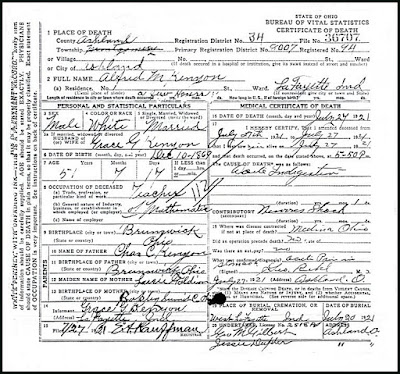 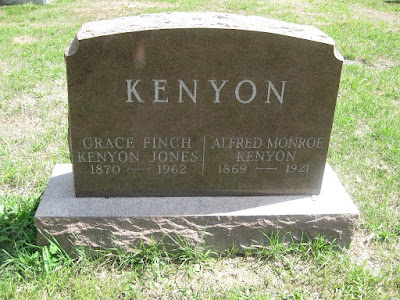