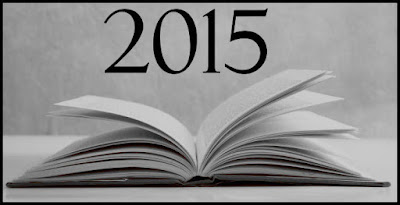 Wow, what a year! There is absolutely nothing I enjoy more than reading, and this year was phenomenal in quality and quantity. I can't thank the authors enough for enriching my life with their words. I appreciate your talents so much!

Whereas I only read on my Kindle, I made an exception for one book this year and read a special edition signed paperback—Beautiful Secret by Christina Lauren. I have to say it was worth all the trouble of needing a booklight, bookmark, reading glasses, and something to prop it up with!

I finished a total of 27 digital library books—mostly popular fiction (the expensive ones!)—but returned 5 books unfinished. Keeping to those books I just could_not_finish, I added those 5 plus another 10 books to my did-not-finish shelf in 2015. (Some I may return to at a later date, as I feel I might not have been in the proper mood with the first attempt.)

The favorites listed below are the books that affected me the most emotionally. There were several others I read, which were published prior to 2015, that also really got to me. Better late than never though, right? As far as my audiobook listening goes, so far I have only listened to books that I've already read in Kindle format. (Please excuse me for using last year's explanation again.)

I'll be starting out 2016 with 165 books on my to-be-read shelves (primary and secondary). I've decided to set my Goodreads Challenge goal at 220 for next year, but I can't seem to decide which book to begin the year with! Clearly, being presented with too many choices is a major hindrance in the decision making process! :)

Sadly, no matter how much I love a book I am unable to recall details. In other words, although my devotion is clear, my memory is not. I would, indeed, like to attempt to explain my choices for anyone who may be interested.


I hope that 2016 is your most successful reading year yet!

My Favorites Published in 2015

Deep Blue Eternity by Natasha Boyd
Indulge by Georgia Cates
The Air He Breathes (Elements #1) by Brittainy C. Cherry
Inappropriate (Bristol Island #2) by Elizabeth Finn
Fatal Scandal (Fatal #8) by Marie Force
Trust (Temptation #3) by Ella Frank
Heart-Shaped Hack (Kate and Ian #1) by Tracey Garvis Graves
November 9 by Colleen Hoover
Ever After (Love to the Rescue #3) by Rachel Lacey
Give It All (Desert Dogs #2) by Cara McKenna
Coda (Songs of Submission #9) by C.D. Reiss
The Raven (Florentine #1) by Sylvain Reynard

The I-Team Series by Pamela Clare
The Quantum Series by M.S. Force
The Submission Series by C.D. Reiss
The Florentine Series by Sylvain Reynard
Monsters in the Dark by Pepper Winters


Most Pleasant Surprise - Ever After (Love to the Rescue #3) by Rachel Lacey
Most Luscious Romance - Indulge by Georgia Cates
Most Erotic Romance - Trust (Temptation #3) by Ella Frank
Most Outside My Comfort Zone - Monsters in the Dark Series by Pepper Winters
Most Heartrending - The Summer Remains by Seth King
Most Humorous - Nuts (Hudson Valley #1) by Alice Clayton
Most Tormented Hero - Tristan Cole from The Air He Breathes (Elements #1) by Brittainy C. Cherry
Most "Kick Ass" Heroine - Holly Bradshaw from Seduction Game (I-Team #7) by Pamela Clare
Most Guilty Pleasure - Coda (Songs of Submission #9) by C.D. Reiss
Most Striking Cover - Deep Blue Eternity by Natasha Boyd

Most Anticipated Books of 2016

Individual First Time Reads of 2015
(The (a) following a book's title designates an audiobook.
A rating of zero denotes a book that defies a rating.
Table best viewed in landscape mode on mobile devices.)