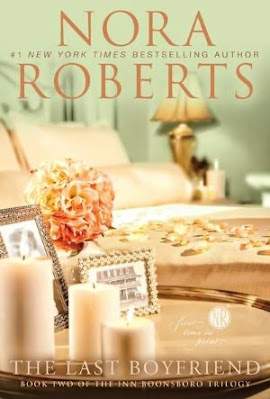 Owen is the organizer of the Montgomery clan, running the family’s construction business with an iron fist—and an even less flexible spreadsheet. And though his brothers bust on his compulsive list-making, the Inn BoonsBoro is about to open right on schedule. The only thing Owen didn’t plan for was Avery McTavish...

Avery’s popular pizza place is right across the street from the inn, giving her a first-hand look at its amazing renovation—and a newfound appreciation for Owen. Since he was her first boyfriend when they were kids, Owen has never been far from Avery’s thoughts. But the attraction she’s feeling for him now is far from innocent.

As Avery and Owen cautiously take their relationship to another level, the opening of the inn gives the whole town of Boonsboro a reason to celebrate. But Owen’s hard work has only begun. Getting Avery to let down her guard is going to take longer than he expected—and so will getting her to realize that her first boyfriend is going to be her last…

My main issue with this book, as with The Next Always, was the whole ghost element. I would have preferred a purely historical discovery rather than a paranormal entity lingering at the inn. Ditch the ghost and spend more time with Owen and Avery. Their interaction is what I wanted most. Their lifelong friendship, mutual childhood crushes, adult romance—SWEET! The brotherly conversations and the "girl talk" were very entertaining. Owen's reaction to finding his mother and Willy B. "together" was perfect! The gumball machine ring—adorable!

Based on Ryder's behavior around Hope in the first two books, I've got a feeling the third book, The Perfect Hope, is going to be the most gratifying!

Posted by Virginia Hill at 9:36 AM