João Germano CARVALHO (anglicized to John Germain CARVALHO) was my 2nd great-grandfather.  He was born 28 Feb 1857 in San José, Ponta Delgada, São Miguel, Azores.  He immigrated to the Kingdom of Hawaii aboard the SS Highflyer's second trip from the Azores to Honolulu, arriving there 30 Apr 1881.  He moved to the Hamakua District on Hawaii.  On 10 Aug 1885 he married Maria das Mercês de MATTOS.  She was born 01 Oct 1865 in Ponta Garça, São Miguel.  She immigrated to the Kingdom of Hawaii with her parents and several siblings aboard the SS Bell Rock arriving in Honolulu 01 Nov 1883. They settled in the Kainehe Homesteads.  Through the years John worked in the cane fields, as a stonecutter, a farmer, and as a dairyman.  They had 12 children that lived into adulthood. John was about 5'5" tall with dark hair and dark eyes.  I've heard that he was a hard working man who drank a great deal.  Maria was about 5'4" tall, also with dark hair and eyes, although she was blinded in her right eye sometime before 1930. 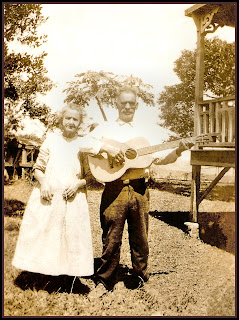 John and Maria at their
Kainehe Homestead
circa 1920's 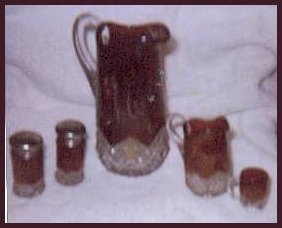 John CARVALHO, Sr. made this beautiful set for his wife, Maria.   The tall pitcher is approximately 8 inches high; inscription "Mother" John Carvalho 1915. Creamer, inscribed "John Caravonud 1915", Salt and Pepper shakers and shot glass, inscribed "John Tovonud 1915".  John and Maria immigrated to San Francisco via the SS President Hayes 03 Oct 1930.  They settled in Campbell, Santa Clara County, California.  I'm not sure if John continued to work after arriving on the mainland but I have heard that he may have worked on a dairy farm in Campbell.  John died  21 Dec 1933 and Maria 20 Nov 1948, both in Campbell, and are buried at Santa Clara Mission Cemetery. 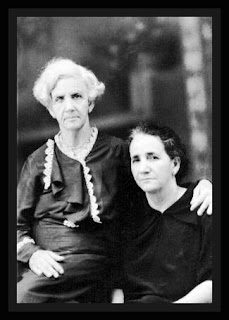 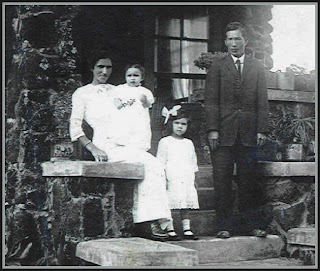 Maria, Lau Chong
and daughters, Rose and Hilda
Honolulu, T.H.
Circa 1916
Maria Augusta CARVALHO, my great-grandmother, was born 21 Nov 1884 in Paauilo.  She was the first child of John and Maria.  She married Lau Chong 09 Dec 1912 in Kaneohe.  They had three children: Rose LYU (my grandmother) who, according to her birth record, was born 13 Oct 1913 on Iwilei Road in Honolulu; Lau Kui Kyau (Hilda) born 21 Apr 1916 at the family home at 1223 Alani Street in Honolulu and Alexander CHONG who was born 18 Aug 1918 at Queen's Hospital in Honolulu.  Lau Chong passed away 11 Apr 1918 from heart disease.  On July 27, 1918 Maria took Rose and Hilda to the Kalihi Valley Orphanage, where they remained until shortly after Maria married Delbert Warren LONG (born 01 Sep 1892 in Lawrence, Essex County, MA) 09 Apr 1920 at Fort Street Catholic Church.  In 1923 before the birth of their second child Delbert LONG left and was never heard from again.  Maria remained at her home on Alani Street for many years.  She helped care for some of her grandchildren and later, I believe, her great-grandchildren.  She spent her later years with a grandson and his family in Kailua, where those who knew her marveled at her spunk and humor.  I saw my great-grandmother 3 times; once when I was a child, once as a teenager, and the last time in 1980 when she was 96 years of age.  She had had a stroke which left her in a wheelchair but her mind and wit were sharp.  The family hoped to have a 100th birthday celebration for her but she passed away 19 Jul 1983 just 4 months short of her 99th birthday.  She is buried at Valley of the Temples Cemetery, Oahu, Hawaii.

Source:  Honolulu Star-Bulletin
Sarah CARVALHO was born about 1886 and was the 2nd oldest of the children.  She married Antone SYLVESTER before 1910 and they had at least 7 children.  They were:  Johnny, Olivia, William, George, Margaret, Roseline, and Freddie.  In the 1930 U.S. Census the family was residing in the Kainehe Camp, Hamakua, Hawaii, where Antone repaired roads and their son, George, worked as a laborer at a sugar farm.  According to her niece, Leona, Auntie Sarah was very giving, had a hot temper, and was about 5'8" tall. 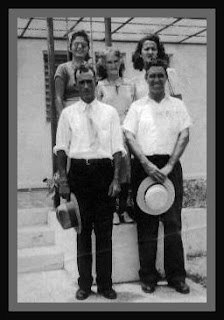 
Anriqueta "Katie" CARVALHO was born about 1887 and was the 3rd child of John and Maria.  She married Joseph RODRIGUES and had one son; Joseph ("Small Joe"). Joseph was born 10 Jun 1915 in Paauilo.  He married Marie NUNES.  They had two sons, Edwin and Joseph Jr. "Small Joe" died 11 Mar 2002 in Paauilo.  Katie's second husband was Frank MEDEIROS.  They had one daughter, Wilhemina (Minnie) MEDEIROS. The information that I was given says that she married Harry MEDEIROS and had 4 children; Rodney, Janice, Harry, and Dena.  Katie's niece, Leona, says that "Auntie Katie" had the biggest heart in the world, even at only 4'11".

Source:  Honolulu Star-Bulletin
Mary CARVALHO was born 10 Feb 1889 near Hilo.  Of the children that I have documented, she is the fourth.  She married Walter Franklin DAVIDSON 22 Jul 1916 in Honolulu.  Walter was in the U.S. Navy and they eventually settled in National City, San Diego County, California.  Walter retired as a Chief Petty Officer after 30 years of service.  They had no children.  Mary died 07 Jan 1953 at the U.S. Naval Hospital in San Diego. Walter was found dead 19 May 1961 at his home in National City.  They are both buried at Ft. Rosecrans National Cemetery in San Diego.
Manuel Germaine CARVALHO was born 27 May 1892 in Paauilo. He may have been the fifth child of John and Marie. He married Maria "Mary" Perreira MARTIN 13 Jan 1917 at St. Anthony's Church in Papa'aloa. Their son, Ernest Martin CARVALHO was born 07 Mar 1919 in Ookala; he died 21 Feb 1961 in Kailua. Their daughter, Olivia "Pee Wee" Angeline CARVALHO was born 20 Jun 1920 in Ookala. She married Warren G. STEFFENS. She died 17 Aug 1995 in Hayward, Alameda, CA. According to the information on the 1930 U.S. Census Manuel was a foreman on a sugar farm. 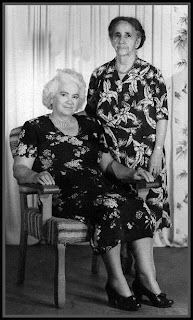 
Rose CARVALHO was born 17 Oct 1890 in Kukaiau on the Island of Hawaii.  She is the 5th child of John and Maria whom I have documentation for.  She married Manuel CABRAL (born 25 Jul 1885 in Hamakua) 06 Jan 1910.  They had 3 children: Joseph CABRAL, Manuel CABRAL, Jr., and Angelina CABRAL.  Rose, Manuel, and their 3 children immigrated to San Francisco aboard the SS Enterprise, arriving there in August 1921--their ultimate destination being Campbell in Santa Clara County.  Manuel, who had been a laborer at the Del Monte cannery, died at their home 11 Jun 1952.  Rose died 27 Feb 1968 in Los Gatos and they are buried at Santa Clara Mission Cemetery. 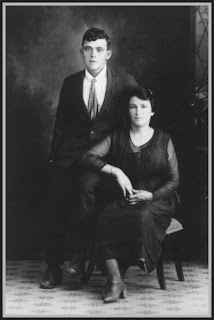 Joseph (Joe) CARVALHO was born 23 Jan 1895 near Honokaa.  His first marriage ended with the death of his wife, Rose De CANTO, in February 1919.  Together they had a son, Joseph CARVALHO, Jr., who was born 06 October 1918.  Joseph married Natividad (Nellie) MIRANDA 08 Nov 1920, and their son, Edwin CARVALHO, was born in The Islands.  They immigrated to San Francisco aboard the SS Enterprise in August 1921, making the trek with other family members.  After arriving in California, Joe went to work at the Del Monte Cannery, and eventually sold fruit to Del Monte as a self-employed farmer.  They had a second son, Benjamin Vernon CARVALHO 05 Sep 1923.  Joe died 27 Nov 1972 in San Jose.  Nellie passed away 06 Jan 1992 in Monterey.  They are buried at Santa Clara Mission Cemetery. Carrie (CARVALHO) MIRANDA
Territory of HawaiiCirca 1920
Carolina "Carrie" CARVALHO was born on 14 Aug 1898 in the Hamakua area of Hawaii.  She was the only sibling of my great grandmother's that I met as a child.  She and her husband, Joaquin Freitas MIRANDA, were married 05 Jan 1918 at Kukaiau Catholic Church.  Their first son, Jack Joaquin MIRANDA, was born on Hawaii 24 Nov 1918.  Carrie, Joaquin, and Jack, left Hilo aboard the SS Enterprise, arriving in San Francisco in March 1920.  They settled in Campbell, where their other three children were born:  James John MIRANDA on 31 Dec 1921; Denver Benjamin MIRANDA on 21 Sep 1923 and Evelyn Marie (private.)  Auntie Carrie and Uncle Joaquin owned a small farm on Harrison Avenue.  They had fruit tree orchards and a lovely red and white farmhouse.  All I remember about them was that Auntie Carrie had a knack for canning and Uncle Joaquin could grow anything!  The last time I saw them was probably 1968, when I was 9 years old.  Carrie passed away 17 Mar 1972 and Uncle Joaquin died 02 Oct 1975.  They are buried at Santa Clara Mission Cemetery.
Marianna (Marian) Germana CARVALHO was born 12 Mar 1903 in Kukaiau Homestead.  She married Joseph Texeira MARTIN 07 Feb 1925 in Honokaa.  Auntie Marian and Joseph moved from Hawaii to Oakland, Alameda County, California, where Joseph worked for Best Steel Company and their daughter, Dorothy May MARTIN, was born 05 Jul 1927.  They returned to Hawaii where Joseph worked for Kukaiau Ranch, lastly as a mechanic.  They had 3 more children:  Vivian Vera MARTIN (private); Robert Raleigh MARTIN, born 07 Oct 1931; and Dennis MARTIN, born 05 Jul 1935.  I met Aunt Marian once in 1980 during the Carvalho/De Mattos Family Reunion in Hilo.  She was in a wheelchair, but sadly I don't remember any more about her.  Joseph died 07 Nov 1970 and Marian passed away 01 Nov 1988.  They are both buried at Maunakea Memorial Park Cemetery, Papaikou, Hawaii. 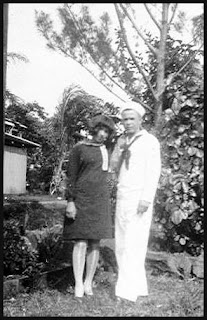 
John Germain CARVALHO, Jr.. was born 01 Sep 1901 near Hilo.  He is the 9th child that I am aware of.  He emigrated from Hilo, traveling aboard the SS Enterprise, and arriving in San Francisco in March 1923.  He was in the U.S. Navy for 30 years, was a veteran of WWI and WWII, and was a bookkeeper before retiring from the Navy.  He never married and at some point changed his name to John G. CARVEL.  He died 07 Oct 1962 and is buried at Santa Clara Mission Cemetery.
Louis German CARVALHO aka CARVELHO, was the last child of John and Maria.  He is also the only one with a recorded birth.  He was born 26 Jan 1910 in the Hamakua area of Hawaii. He immigrated to California with his parents, aboard the SS President Hayes, arriving  03 Oct 1930.  Louis married Rose GOMES about 1944.  They had one son and three daughters.  He worked as a molder at Reliable Foundry in Santa Clara up until his death 12 Mar 1967.  He is buried next to his brother, John, at Santa Clara Mission Cemetery.  His niece, Leona, said, "Uncle Louis [pronounced Luey] was a very handsome man!"
Related items:
[Sources:  1900 through 1930 U.S. Census; obituaries quoted above and those for Manuel Cabral, Nellie (Miranda) Carvalho and Joaquin Freitas Miranda; death certificates for John G. Carvalho, Maria (de Mattos) Carvalho, Maria (Carvalho) Long, Mary (Carvalho) Davidson, Walter Franklin Davidson, Rose (Carvalho) Cabral, Manuel Cabral, Joseph Carvalho, Sr., Nellie (Miranda) Carvalho, Benjamin Vernon Carvalho, Lau Chong, Carrie (Carvalho) Miranda, Joaquin Freitas Miranda, Jack Joaquin Miranda, James John Miranda, Denver B. Miranda, Joseph Texeira Martin, John G. Carvel and Louis German Carvelho; marriage records for Maria (Carvalho) (Chong) Long, Carrie (Carvalho) Miranda and Benjamin Vernon Carvalho;  birth certificates or records for Rose Lyu, Lau Kui Kyau, Alexander Chong, Benjamin Vernon Carvalho, Denver B. Miranda, Dorothy May Martin, Louis G. Carvelho and Delbert Warren Long; immigration documents for John Germain Carvalho, Maria (de Mattos) Carvalho, and the João de Mattos family.  Immigration listings on Ancestry.com, and the personal knowledge of several family members.]

Posted by Virginia Hill at 2:47 PM